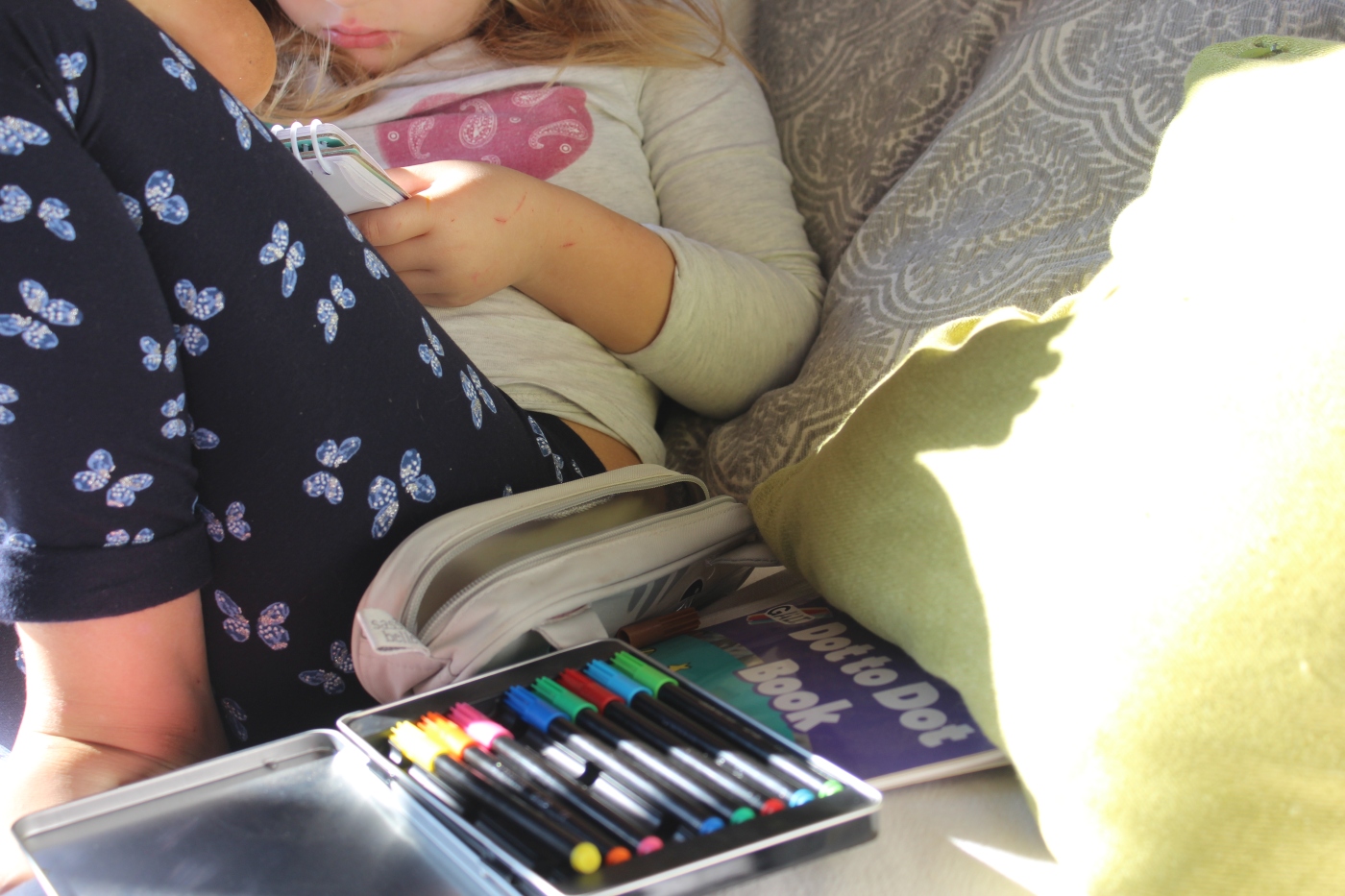 It’s possible that they are saying that school is filled with unpleasant things and so is life, so better get used to it and not complain. I hope it’s not that cynical though. I imagine the logic is more that school teaches you how to work at things (some you’ll like and some you won’t) in order to achieve things in life. That, if we leave children to their own devices they won’t be motivated to do anything. They’ll never challenge themselves, never get frustrated, never try to do better at something. They must be motivated by someone else in order to learn and do.

There’s something wrong with this logic though, and most of us have had plenty of time to figure that out. The motivation to do things is part of human nature. The thing is that we’re all motivated by different things, which I guess is part of the evolutionary genius to keep our species going. We don’t all find meaning in the same things. And if it doesn’t have meaning to us, we are unlikely to be naturally motivated to do it.

I have a specific memory from primary school that has always stuck with me. I was 11 years old and we had to make cardboard robots. It was a big project that seemed to last forever, though it was probably just a couple of days. I wasn’t interested in robots and had no desire to make one. We had to build them at home, and I remember creating an ungainly-looking creature out of cardboard boxes, whilst cursing it for stealing my evening. The next morning I had to lug the damn thing to school to finish off so they could all be displayed together as an example of our learning and productivity. The memory is of standing in the classroom, a sinking feeling in my stomach as I painted my ugly robot and wondered at the pointlessness of this exercise. But what really struck me was that the boy who sat next to me had created a fabulous robot, handsomely built with an intricate electronic system hidden in the boxes that gave it a voice and flashing eyes. He was a shy, nervous child but so animated that day and beaming with pride as he showed off his truly wonderful creation. It was meaningful to him and he put his heart into it. History repeated itself some years later as I sat next to this same classmate in computer science lessons at secondary school. His excitement for the topic was fascinating to me. He would be bristling with energy, hand straining high at every question, whilst I was muddling through just trying to retain sufficient knowledge to pass an exam, and praying for the bell to ring soon. Same school, same teacher, different children.

When I watch our children, I’m struck by how responsible they feel for their own paths. They each have ambitious plans for the future, and when they are intrinsically motivated by something, they are more than prepared to push through whatever it takes. I’ve seen C (6) draw dogs for hours on end, get frustrated by what she perceives as failures and rip up page after page of half-drawn dogs. But she’ll keep trying until she creates a dog that she’s happy with. I’ve watched D (13) try to fix a technical problem with the computer, almost screaming with the frustration of it all and walking off, only to get right back to it a few minutes later. He’ll refuse all help, because he wants to be able to do it, and giving up is not an option no matter how hard it is. E (11) spent days learning the capital cities of the world. He would ask for quizzes to test out his knowledge and get annoyed with himself when he got one wrong. But he kept on going. And when each of them masters their chosen expertise, their faces are alive with satisfaction and happiness. Why do they keep pushing? Because they are intrinsically motivated. It is intensely meaningful to them. Of course, if I asked E to fix the computer, D to draw a dog, and C to learn the capital cities of the world, I would be met by incredulous faces. It would be a pointless exercise in which not a lot would be learned anyway. A little like that robot experience.

Motivation that comes from outside is not as powerful or sustainable as our own intrinsic motivation. I was a fairly diligent student (‘conscientious’ my report always said), but my motivation didn’t necessarily came from wanting to know more. It generally came from not wanting to be told off, from not wanting to look stupid or be shown up in front of my friends. There certainly were times when I was motivated by my own desire to learn. I remember wanting to solve equations for my personal satisfaction, though that didn’t really extend to anything else in maths. I remember a couple of essays I wrote in English that I poured my heart and soul into. I certainly wanted to learn French and Spanish. I was naturally drawn to these things, and those subjects are what have mostly contributed to my adult life (well, maybe not so much equations, though I’m a good number-cruncher). Despite good exam results, I don’t remember much from the other subjects, except a certain dread. And although I haven’t needed any of these subjects in my later life (my lame computer skills were obsolete a few years later anyway – Commodore 64 anyone?), I have needed plenty of other things that were never touched on at school. From small business management, publishing and leadership to online marketing and graphic design, these things were part of my path and I easily learned them on the way. Over the years I have also learned huge amounts of tedious things because I wanted to, and not because I enjoyed them. I know the ins and outs of Spanish employment laws, small business tax requirements, and all manner of things that I happily picked up because they were meaningful in my life. Despite going to school for so many years, I am still resistant to things that don’t have meaning to me, that don’t fulfill a purpose. I don’t care so much if they are challenging or even boring, they just need to make sense! I suspect that most people function similarly in their adult lives.

Are children any different? Perhaps, but only in that their potential is so much bigger than ours. Their minds are filled with all the possibilities of the world and all the different things they can and will do. How can we possibly imagine that they will not be motivated? They may get bored, they may chop and change activities, they may stick for hours or days at something we don’t understand the value of. They may go through periods of intense motivation and exploration, followed by quieter periods where nothing seems to happen. And, when they are motivated by their own desires (and who can tell if it will be drawing dogs, robotics, geography or graphic design) they will learn to deal with the intense frustration that accompanies deep learning – that burning desire to know, when it’s still a little beyond your reach. And they will naturally push through it all to learn everything they need to make it their reality. Tests, bribes, threats, fear and praise aren’t needed for a child who knows what matters to them.