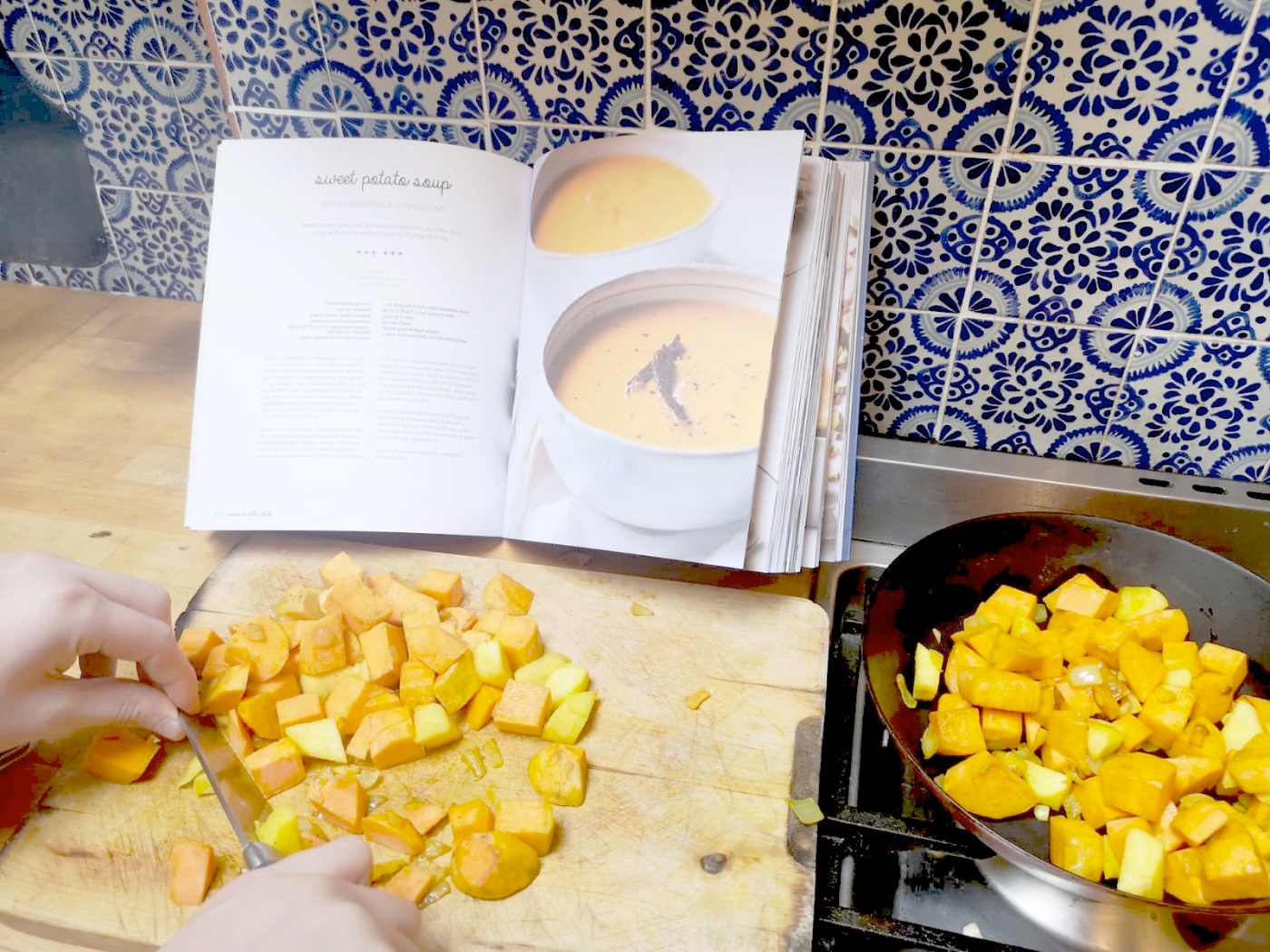 Well, so far we’re doing pretty well during lockdown. Everyone is missing aspects of normal life, but there are some entertaining new activities. The groups the children had joined are now online, so they’re still connected with the people and things that matter to them. There are also whole-family Zoom calls, and a lovely Whatsapp group with our neighbours, which sees dozens of daily acts of kindness, such as sharing books, boardgames, Zoom chat groups, and shopping for each other. We moved to this town less than two months ago, and despite this isolation, we feel at home here.

Like everyone, we have our worries, but our days at home are not hugely different to how they’ve always been. We’re incredibly fortunate that we are able to walk into the hills behind us, so C and I go up there most days. We take a bag for collecting anything interesting we come across. Today’s stash was three golf balls (there’s a golf course up there), some interesting feathers, a little blue egg shell, and some wild flowers. We took a book for identifying birds, and spotted some magpies, a bluetit and wood pigeons. The birdsong is incredible  – I guess it’s usually drowned out. That, or we are simply on the lookout for all the beauty we can get right now.

E is getting very interested in Celtic culture and music at the moment. He’s just ordered a tin whistle online, so we spent most of the morning in the kitchen with some Celtic tin whistle music on, also talking about different Celtic religions, including the one he finds most interesting, Celtic Reconstructionist Paganism. All new to me.

A neighbour left us some modelling wax, so we had a go at that and made some interesting creations. There was a lot of frustration involved, as there often is when you attempt something the first time. There’s a perfectionist streak in the family, and I’ve learned to keep calm and carry on when those moments arise. What tends to happen is that the frustrated person gets cross, gives up and leaves, but decides to come back some minutes later. They push through, and more often than not are delighted by what they make, even though it isn’t necessarily what they were initially planning on. That’s a great thing to learn early on in life – things often turn out surprisingly well, so long as you can let go of how they were supposed to be.

At 3pm, we went to our doorstep to join our street’s daily singing and dancing to All You Need is Love. Today there was a violin, a couple of tambourines, and some home made signs. It’s joyful and uplifting, and always makes me both happy and tearful.

We cooked soup and made apple crumble. I got some work done as a loud debate on the difference between nationalism and patriotism took place in the kitchen. D searched Google Earth for good places to set up a micro nation. We also had a long chat about his video games ideas. He’s itching to start but it’s hard to take such huge, creative ideas and translate them into a list of things to do. Maybe he’ll start some programming classes. He’s still pondering his next move. I know it will come when he’s ready. Sometimes, though it’s hard to not want to jump in and attempt to organise it. But that won’t help, and in fact is likely to hinder – I know that from plenty of clumsy experience.

E has been watching a lot of reruns of The Great British Bake Off. I’m enjoying it too. At this moment in time, it’s pure reassurance and warmth.

C has been looking up different animals and seeing what pets might be feasible in the future. So, she’s seeing what they eat, how much space they need and so on. She’s disappointed that we can’t adopt an exotic endangered species, but I do seem to have agreed to having a pig and and a dog at some point in the future. We also looked up how she could join the RSPCA. Right now she’s playing a card game with her dad.

It was a peaceful day. That doesn’t mean that tomorrow will be, but that’s okay. Life is just what it is right now.